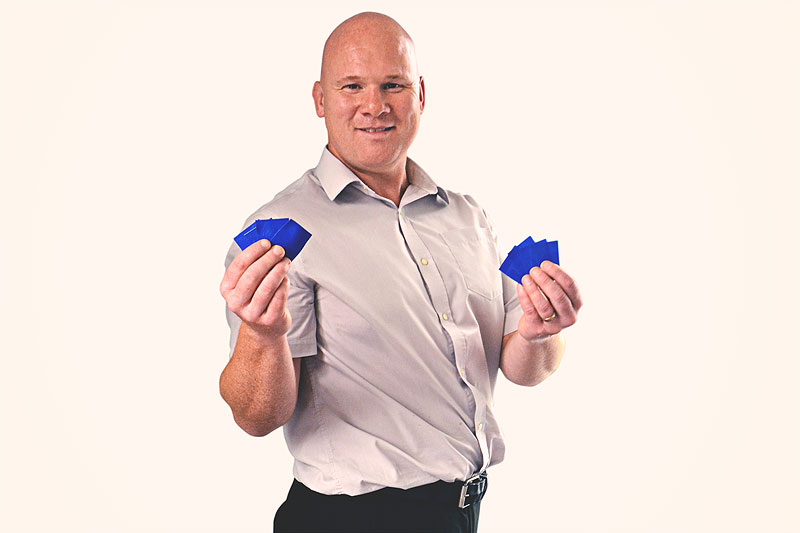 It takes 2 hours to track Stephen Armstrong down, potentially the busiest man at Viscose Closures….

We sit, with some time focussed on him, to learn about the man who manages production for the entire site of Viscose.

Born and raised in Swansea, Stephen was the biggest baby to date to be born into Gorseinon Hospital. At 10lb 10oz, Stephen started life as he meant to go on, with gusto. His sister was 3 years his senior and 5 years later he had a third sibling a baby sister.

“I went to the University of Life” he says with his usual cheeky grin.

He left school at 16, had a stint in the army, and then worked his way up through the ranks at the Evening Post. Clearly a people person from a young age, Stephen started out as a Printer boy at the Evening Post, and through 12 years of hard work and focus he earned his place there as the Production Manager. From here he stepped into Alberto Culver, not so far from us at Viscose and again, worked his way up through the company to the position of Warehouse Manager. Now, here at Viscose Closures, Stephen manages the entire Production Floor. He oversees 34 staff within the Cellulose, Film, Stores, and Engineer departments. We ask Stephen how he does all of this so well:

“My motto is to never ask your staff to do a job you wouldn’t do yourself.”

People are very much at the centre of Stephen’s days, he carries this attitude right through to his home life. He has two young children called Sophie and George and a lovely wife Clare who are all very much at the centre of his world once he walks out of the doors of Viscose each day. As far as hobbies go, sports are the number one choice for Stephen, having recently completed the CARTEN 2016, a (casual?) 107-mile cycle event from Cardiff City Centre to Tenby City Centre. Finishing with a highly respectable time of 7 hours and 18 minutes, Stephen tells us of the emotional finish he had as his children and wife greeted him at the finish line. He also tells us about his next challenge, the Dragon Ride which he has lined up for the 5th June (a hefty 130 miles!).  Stephen raised money for Noah’s Ark Children’s Hospital Charity for the CARTEN 2016 and will cycle for the Macmillan Cancer Support for his next cycle. 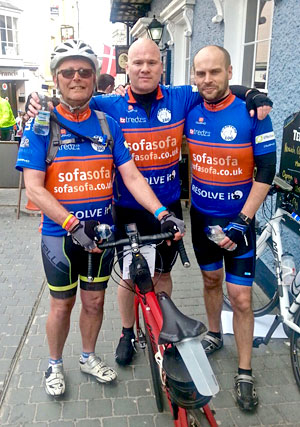 Stephen is clearly an advocate for young people who want to go far. His 2 awards at our annual Viscose Christmas Dinner (Most Resourceful Person & Best Painter & Decorator… yes, you read that right) are small pieces of evidence of Stephens day to day work ethic, attitude and motivation. In a final breath, we ask Stephen how he fits everything he does into one life.

He says nothing, and grins!

We hope you enjoyed learning more about Stephen from our team. If you would like to contact Stephen then please email Stephen.armstrong@viscose.co.uk.